“In 2005, an executive in Southern California by the name of Steve Fambro was becoming increasingly fed up with driving a gas-guzzler of a car on the region’s notoriously congested freeways. After spending countless hours in gridlock day after day, Fambro started brainstorming possible alternatives to traditional transportation options, ultimately leading to the creation of Aptera Motors and the startup’s solar-supplemented electric car.

According to Aptera, the reverse-trike-style runner offers a 1,000-mile range on a single charge. The roof, hood, and dash of the vehicle are adorned in more than three square meters of easily replaceable and upgradable integrated solar panels which, when driven in “sunnier climates,” afford more than 40-miles of range per day which translates to over 14,000 free solar-powered miles annually. Aptera also says its EV is capable of a sub-4 second 0-60mph time…” 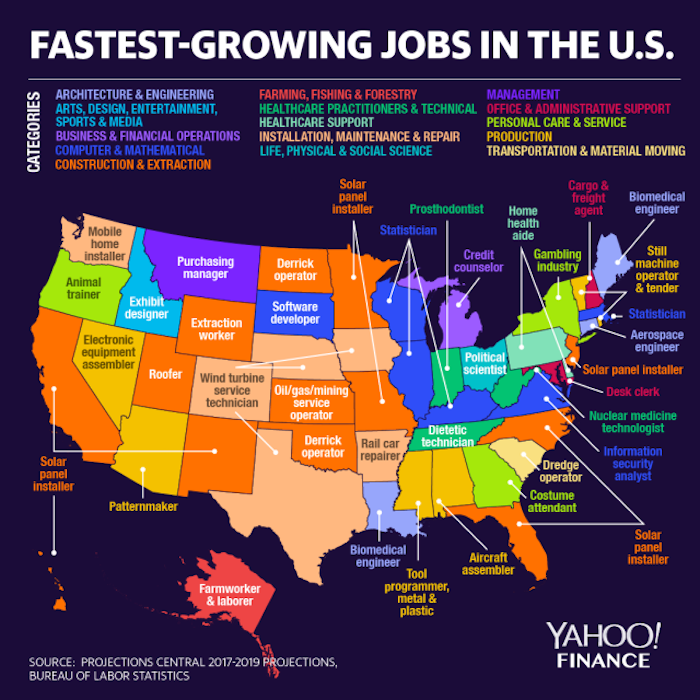 The fastest-growing job in each U.S. state